"Years wrinkle the skin, but to give up enthusiasm wrinkles the soul.” 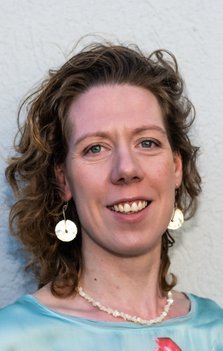 Doctor Van Breussegem Annemie studied Medicine at the Catholic University of Leuven (2009) and graduated as General Surgeon in 2015. She did a fellowship thoracic and vascular surgery in Imelda Hospital in Bonheiden and the University Hospital of Antwerp.

During her training she gained experience in the Netherlands (ZGT Almelo) and United Kingdom (Royal Devon and Exeter Hospital).
For 2 years she was a member of staff at the Thoracic and Vascular department in the University Hospital of Antwerp. Currently she works there as an associated thoracic and vascular surgeon.

Doctor Van Breussegem performs duplex (exclusion of deep vein thrombosis, diagnosis of arterial and venous insufficiency) and is familiar with the work-up for (lymph)edema.